Until recently, the divide between film and television from a production perspective had been clear. In the 20th century, and for much of the 21st century, television and film production, particularly from a screenwriter’s point of view, were seen as two different sectors of the industry. The financing models, production processes and scripting techniques were vastly different for these two media. The dominance of the western film and television industry and its influence on the orthodoxy of screenwriting has also meant that for too long American and British models of production and writing have been the most accessible.

The rise of streaming platforms, such as Netflix and Amazon Video, together with the higher quality of the TV shows of some cable channels, have broken down the lines that once separated various territories of production and distribution, and now audiences have access to an array of international productions of both cinema and television that they otherwise would not have been exposed to in traditional broadcast and distribution models. This globalisation and democratisation of the media has given accessibility to television shows from other countries, besides the anglophone ones.

Not only that, the lines that once separated film and television as different mediums of storytelling have also been broken down and a convergence of film and television is now being witnessed across the world. From a screenwriting perspective this has also impacted the creative writing process and even the terminology we now use in describing the scripts for these productions. The term teleplay has seen a decline in its general usage, with the term ‘screenplay’, a term once reserved for film productions, becoming ubiquitous across the forms. It is this convergence and changing paradigm in screen storytelling that has resulted in a slew of new avenues of research for screenwriting scholars.

This was the theme of the annual Screenwriting Research Network Conference held in Università Cattolica del Sacro Cuore in Milan in September 2018, which hosted hundreds of delegates representing Universities across the world to discuss, not only the forces behind this shift in how we perceive and engage with television and film, but the challenges that writers face when writing for television over film, or vice versa. The theme invited wider-ranging discussions that explored the implications of adaptation from one platform to another and how this informed the writing of a wide range of international case studies. 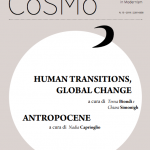 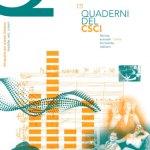