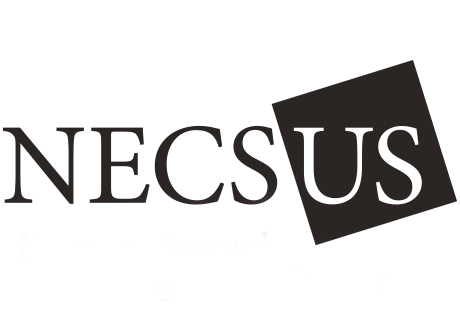 How do things hold together? The highly complex, capitalistic world that we have built is held by supply chains and financial circuits, digital infrastructures and information streams. It is also held together by individuals and groups that share and support, that give and distribute in ways different from a purely market-oriented exchange of goods. Both forms of connectivity have come under considerable duress during the current COVID19 pandemic – this is also a crisis of and for media, mediation, and mediators. At the moment, life seems to be reoriented toward the more immediate values of home, health, family, and neighborhood where one can discover vast and untapped potentials for solidarity: a sense of interdependent belonging not grounded in logics of exchange but moved by a desire for collective well-being as individual well-being. At the same time, media play a crucial role in how we come together during times of social distancing, allowing for the invention of new modes of assembly, intimacy, and expression. The Spring 2021 issue of NECSUS intends to explore how media – today, in the past, and even in the future – may facilitate expressions of solidarity in the face of watershed moments such as the current health crisis, or indeed how it might have rendered inequalities and the lack of solidarity more glaring. Does media help us come together across our differences, and if so how and for whom?

Solidarity is a fundamental social experience, a shared concern that connects individuals to each other and that also forms bonds among groups, collectives, and communities.  Solidarity becomes more urgent at times of unrest, change, and social shifts. Our current Covid-19 situation, informed by a new ubiquity of mediated communication and social connections, is such a watershed moment for experiencing and thinking about social fabric and the role of media in particular. Other historical moments with impact on a larger social level, such as the 1989-90 fall of the ‘Eastern bloc’ and its repercussions for a global world order, or the 1968 student and peace protests in its various local forms, also brought forth their specific formations of solidarity with specific media politics. These moments also influenced media production and reception, or can trace memories of solidarity.  For this issue we are looking for research articles that connect reflections of solidarity with the specificities of media, be it in the form of memory work and media archives, media influences on community or a revisiting of identity, (self)positioning and collectivity, media technologies and infrastructures, practices and affordances.

Submissions might address modes of im/mediated solidarity that have emerged during the ongoing health crisis, but also prior iterations that need historicisation. This includes the crystallisation of new infrastructures, led most prominently by video conferencing software, and how they reassemble the sociality of, say, the workplace, but also of nightlife through something like a Zoom dance party. This might be a way to address more fundamental questions regarding media use: what are the limits of the tools deployed in the face of widely divergent access to media? Does the current health crisis reduce the differences that many still perceive between ‘real life’ and digitally mediated experience? How is our sense of solidarity impacted by the absence of co-presence, the sharing of a physical space with others? Other topics include new and old practices of media-related (self-)care. This could be in terms of how media have been enlisted for practices to increase individual and collective well-being or, in contrast, how collective care practices have been developed to protect against unhealthy influences of media. Solidarity is also a key term in relation to the ongoing debate around the migratory regime of the EU and the current ‘leave no one behind’ activism. Last, but certainly not least, solidarity might also be considered in relation to the recent boom in studying community-oriented media practices.

Other topics may include (but are not restricted to):

# Solidarity and technology/infrastructure – what are the affordances and possibilities opened up by media technologies that might allow for expressions and practices of solidarity? How does the unequal penetration of infrastructures prevent or thwart attempts at solidarity?

# Solidarity and viewing practices; interrogating and/or disrupting media consumption habits and forms of spectatorship defined (wholly or in part) by social atomisation and/or solipsism, in the past and/or the present (e.g. responses to the closure of public spaces designed for the consumption of media, such as cinema theaters; digital film festival debates, etc)

# Solidarity, media and phenomenology: how do we experience the lack of physical presence and its ‘replacement’ by dematerialised communication?

# Solidarity and new forms of collective labor, including analysis of media practices that respond to neoliberal models of education and push for a rethink of such models in times of unprecedented crisis

# Mediated networks of care: how does the notion of care change if it is largely practiced at a distance and/or through media?

We also invite submissions on the intersection between academic research and artistic practice. Submissions may address the audiovisual essay as an old and new method of doing media studies; also, practice-based research or research-creation as evolving methods of knowledge production and performance.

We look forward to receiving abstracts of 300 words, 3-5 bibliographic references, and a short biography of 100 words by 1 July 2020 to g.decuir@aup.nl. On the basis of selected abstracts, writers will be invited to submit full manuscripts (6,000-8,000 words, revised abstract, 4-5 keywords) which will subsequently go through a double-blind peer review process before final acceptance for publication.

NECSUS also accepts proposals throughout the year for festival, exhibition, and book reviews, as well as proposals for guest edited audiovisual essay sections. We will soon open a general call for research article proposals not tied to a special section theme.  Please note that we do not accept full manuscripts for consideration without an invitation. Access our submission guidelines at necsus-ejms.org/guidelines-for-submission/ 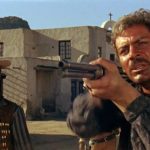 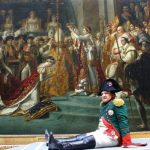