The 18th NECS Graduate Workshop is intended as a moment of exchange and reflection on methodologies for studying the entanglements of media and migration. As such, it constitutes an attempt to tackle, or at least to reflect on, a threefold challenge.

First, as an event on the subject of media and migration, it recognizes how the messy imbrications between the two terms call, almost by default, for committed approaches. As Radha Sarma Hegde has it, “migration is a dynamic process that shapes, exceeds, and cuts across individual communities, economies, nations, and borders. The scholarly challenge is to find the methodological and conceptual stance to capture the intricacies of these interactions” (2016: 6). The question of how film and media studies are equipped to respond to the constantly recalibrated politics and problematics of migration is therefore paramount.

Second, as an event that addresses film and media scholars in a self-reflectively all-embracing manner, it bears the traces of the fragmentation of the discipline in its current stage. While the contentious lack of established methods in film and media studies has never been a serious disciplinary worry in itself, the proliferation of allegedly interdisciplinary and multidisciplinary sensibilities across the field still requires further reflections. In other words, how these approaches can be properly translated and disseminated is an unavoidable point of departure. Construed as more than simply an evocative metaphor, the migratory becomes for us an effective paradigm through which heterogeneous forms of knowledge come together in complex symbiosis.

Third, as an event addressed to early-career researchers, its focus on methodologies wishes to counterbalance the shared set of problems affecting the very conditions of knowledge production in contemporary academia. As the neoliberal university model becomes more and more globally entrenched, the imperatives of competition and self-entrepreneurship have induced the widespread adoption of control mechanisms such as performance audits and measures of academic production, accelerating, among other things, the increasing precariousness of doctoral students and early-career researchers, and its related forms of alienation. A sustained reflection on methodology in this context allows us then to contrast outcome-driven research practices with an alternative space, however temporary, to interrogate the conditions of possibility for research as well as its lived, on-the-ground realities.

At present, most analyses of the relationship between media and migration prioritize migration as a research object, and particularly as a thematic of mediated narratives. Such approaches draw attention to the circulation of tropes that pervade the contemporary mediated discourses on migration, such as those of the endangered-yet-threatening dinghy boat, of migratory waves as vermin or invasions, or of gendered stereotypes casting male migrants as (sexual) threats and female migrants as (sexual trafficking) victims. The image of the wall as the paradigmatic icon of migrant exclusion became so prevalent in media narratives and critical studies alike that its deployment in critical analyses actually runs the risk of reinforcing what Mezzadra and Neilson named “the spectacle of the border”, i.e. “the ritualized display of violence and expulsion that characterizes many border interventions” (2013: viii).

And yet, little attention has been devoted so far to the epistemic angle from which we articulate our analyses of media and migration. How do we best accommodate, for instance, the circulatory dynamics involving currencies, commodities, information, and knowledges in the oft-spectacularized accounts of migratory movements in the media? What are the methods and tools that prove most useful in order to widen our gaze on both “mediated migration” and the migration of media knowledge itself? And what if, taking our inspiration from Mezzadra and Neilson, we proposed to take migration as a method in its own terms? With this workshop, we would like to reflect on the ways in which migration, in its broadest sense, can be said to play a constitutive role in the modes of production and organization of knowledge. To this end, we invite contributions that shed light on the assemblages of migratory movements, knowledge transits, and information flows both in contemporary mediascapes and within critical media studies. We particularly welcome papers addressing the methodological issues at stake in the study of media and migration. 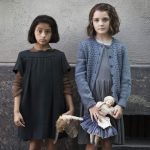