Cinema and other Arts

Throughout the history of motion pictures we have witnessed a complex debate around the reciprocal relationship it establishes with other arts, that is mostly defined by creative efforts and experimental gestures in both domains, permeated by the dialogic quality of how those other arts express themselves in cinema and the latter transmutes into the former. From advocating the aesthetic value of a moving image to more hybrid forms built on new benchmarks, cinema dwells on a constantly reciprocating relationship with other arts which takes up many forms, whether because there is tension among them and one is present in the other, or ultimately because borders are blurred. This is a research field that can count on methodological processes capable of structuring scientific discourse due to the operational possibilities of intertextuality and artistic creation’s dialogic quality.

The international meeting Cinema and other Arts will take place for the fourth time at Universidade da Beira Interior on 29-31 October 2019. Its main focus is to promote the debate/reflection around current issues related to the dialogue between different art forms whose point of contact is the cinema. Seeking to provide interdisciplinary and intercultural reading possibilities, researchers from several scientific areas currently engaged with these issues, albeit in different disciplinary domains or research stages, are invited to participate, especially from the areas of Film Studies, Art Studies and Cultural studies. 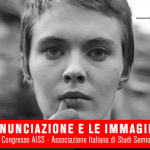 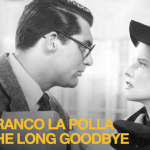