How have audiovisual representations of public spaces – and particularly the documentation of war damage and of reconstruction efforts –, shaped the politics, policies and polities of post-WW II Europe?

Framing post-war culture as a culture of trauma and transition and treating public space as a privileged site for the discursive construction of regional, national and supra-national communities, VICTOR-E studies the political iconography of public spaces in non-fiction film from the cessation of hostilities (1944-45) until the Thaw (1956) in a transnational perspective. This perspective encompasses different national experiences of war destruction and post-war reconstruction across Europe.

Rather than mere representations of pro-filmic realities, VICTOR-E assumes that documentary films serve as agents in the formation of normative frameworks for communities at both the communal and national level. In particular, VICTOR-E assumes that, through the cinematic configuration of public spaces, non-fiction films contribute towards the formation of distinctive notions of the demos and, by implication, of different and competing visions of democracy.

VICTOR-E unites scholars of non-fiction film from four European countries with film archives and combines archival research with oral histories to provide context for previously digitized as well as newly discovered and digitized content. Apart from scholarly publications and conferences, the main deliverable is a sustainable, multilingual (F, I, D, CZ, English) virtual exhibition connected with European Film Gateway, which presents the research results to scholars and the general public and furthers our understanding of how audiovisual media shape notions of public space as a site of commemoration and political and social action. 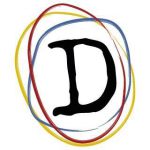