Game Studies and the Humanities. History, critique, and perspectives on a dialogue

The study of video games has historically been at the centre of an interdisciplinary dialogue aimed at addressing the technological nature of the medium, its social and discoursive practices, and its stylistic, asethetic, and visual traits. Disciplines such as design studies, HCI, and computer science are interested in the technical and technological aspects of game development. Social sciences and psychology have been developing seminal theories regarding the uses and effects of videogames, with the works of scholars such as Marsha Kinder (1991), and the rich corpus of texts addressing the relation between video games and childhood.

In the last two decades the humanities have employed a set of fragmented and, at times, ambiguous tools for the discussion and critique of video games. On the one hand, the convergence of the methods of film studies and video game theory offered by King and Krzywinska (2002), the use of semiotics and narratology (Maietti, 2004; Mukherjee, 2015), and the works of media scholars such as Pias (2011) and Galloway (2006) among others, have fostered the emergence of humanities-oriented studies of the medium. On the other hand, game studies seem to operate as a meta-discipline that conflates, through practices of bricolage, a number of different methods, approaches, and perspectives. Foundational texts such as Laurel’s Computers as Theatre (1991), Murray’s Hamlet on the Holodeck (1997), and Aarseth’s Cybertext. Perspectives on Ergodic Literature (1997) approach video games in the light of their relation with other more established media forms.

With its 31st issue, La valle dell’Eden asks scholars from the areas of game studies, film studies, media studies, visual studies, etc., to reflect on the encounter of the humanities and game studies, and the convergence of tools, methods, and perspectives that informs it. The proposed papers will address both the historical and theoretical relevance of the theories and texts produced so far by this convergence, and offer critical analyses and future perspectives on this dialogue. Game studies and the humanities pursues a double focus: creating a map of humanities-oriented game studies, and, at the same time, developing hypotheses for the future of the field by discussing the potential hybridisation of methods and research objects and perspectives.
La valle dell’Eden thus asks potential authors to reflect on:

The history and archaeology of humanities-oriented game studies; seminal and foundational texts and contributions; relevant debates in the history of the medium (e.g. narratology vs ludology, proceduralism vs. anti-proceduralism); critical assessment of historical texts. Game studies and the humanities in the context of academic politics; game studies as a field or a discipline; assessment of the integration of game studies in different academic contexts. Critical readings of trends and buzzwords in game studies, and their relation with the humanities at large (e.g. transmedia storytelling, procedural criticism, narratology, gamification, etc.). Discussion of specific methodological crossovers, such as the use of film studies theories in the analysis of digital aesthetics, the use of the methods of cultural and gender studies in video game studies, the philosophical reading of games, etc. The study of video games in the context of wider media ecosystems with regards to economy (e.g. the creation of franchises, the study of intellectual property, etc.), discourses (e.g. the negotiation of the “gamer” identity), and aesthetics. Uses and effectiveness of video games within the humanities; video games as tools for the acquisition, negotiation, and critique of knowledge, as speculative objects, as a ideas and philosophical concepts. Alternative forms and formats of presentation, distribution, and publication of research through video games; visual/playful essays, theoretical production through playful/ludic practice, critical and speculative game design. Critique, perspectives, and predictions on the future of game studies within the humanities; analyses of discourses and rhetorics on video games and the humanities; proposals and polemics on the methods, tools, objects, and politics of game studies.

Interested authors should submit a 500-word abstract by April 24 to (eden /at/ unito.it) <mailto:(eden /at/ unito.it)>. The first draft of the accepted article is expected to be submitted by July 21.
Abstracts and papers both in English or Italian will be considered.
The issue will be published in December 2017. 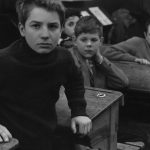