A History of Cinema Without Names/2. Contexts and Practical Applications 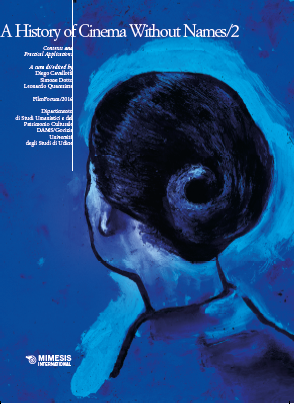 The reasons why it was worth devoting a second volume to the A History Of Cinema Without Names project are not solely to be found in our will of collecting the presentations held by several scholars and researchers during the conference hosted by the University of Udine on March 9th – 11th 2016. More than a simple proceedings collection, this book witnesses the concrete outcome of an ongoing collective and international research project that was launched four years ago in Udine with the aim of re-discussing some basic notions in the disciplinary field of film studies. The ambitious invitation to re-imagine film history by getting rid of “names”, implied in fact an interesting challenge addressed to film scholars and historians, an invitation to reconsider their analytical and historiographical tools out of a strictly anthropometrical and anthropocentric lecture of the audio-visual and, as a consequence, without the aid of categories such as “authorship” and “style”, so well acknowledged and deeply rooted in our vocabulary that they have too often been left under-debated. During the second AHOCWN conference, the exchange was effectively articulated across separated groups, each of them pursuing the task of applying the suggestions offered from the general project to the matters of a specific research area. The composition of those groups is heterogeneous: while some of them are grounded on the sharing of similar research interests and long standings collaboration between their members, others were newly formed on the basis of the stimulating exchange of ideas occurred in Udine. 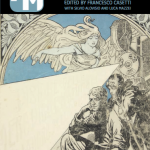